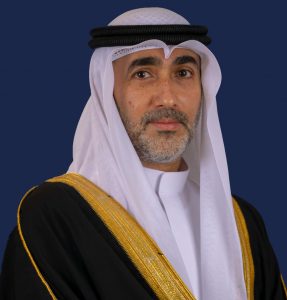 In the editorial, as part of my new presidential post of Alzayani Investments Group, I would like to share with you the great role that my Uncle, Mentor, And Ex-Chairman of Al Zayani Investments, Zayed Rashid Al Zayani has played in this company, as he now starts a new chapter in one his many missions to raise the name of our beloved Bahrain. My Uncle worked in various positions and roles over the last 24 years with the Alzayani investments team, on developing the business of the company and enhancing its place both locally and regionally, He has achieved plenty of success due to his faith in the importance of business to the development and prosperity of Bahrain. He has also worked in the spirit of a leader who believes in the role of each and every employee to achieve the goals and future ambitions of the company, and actively listened to his staff to know their side of work and their creative ideas in order to develop the group In every aspect and ensure continues development of human resources. Now, He has been tasked with a new mission, after gaining the trust of His highness King Hamad Bin Isa Alkhalifa, who has appointed him Minister of Industry and Commerce, so that he can start his journey of hard work and dedication towards what is best for Bahrain and its economic development We congratulate Zayed Al Zayani for taking this distinguished role, and fully trust that he is capable to competently handle his new mission and succeed in it as he always did.